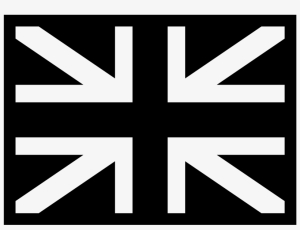 Race is back on the agenda. Although it never really went away. Different countries and societies are at different stages of their national conversation.

Some of the current commentary is depressingly familiar. Custodians of the white harrumphing brigade have been wheeled out to take on the equally entrenched guardians of the every-white-person’s-a-racist club. Not a smidgen of listening involved on either side, whilst they enjoy themselves enormously shouting at each other.

I’m old enough to remember Viv Anderson being the first black footballer to pull on the England shirt. And the howls of protest and abuse that followed. Gareth Southgate’s multi and mixed ethnic England squad at the 2018 World Cup was by contrast, a joy to see.

But that’s easy. We can all be more tolerant when someone’s successful, bringing good vibes and victory for our national dreams. Mo Farah and Johnnie Peacock shaking the Olympic Stadium to its foundations showed an equality of celebration for our stars. How charitably did we treat the Tube workers, street cleaners and shop staff on our way home that night, or in the following days?

In the UK, we have made progress. It’s daft to deny that. It was admittedly from a low starting point, as anyone who watched TV or read the papers during the 50s – 80s will tell you.

At my primary school, there was a girl in my class called Denise. She was the only black child in the school. To this day, I remember the ceremonial way in morning assembly that we were told that a new girl was starting – and that she was different to us. It was important that we were all very nice to her. And in our own clumsy way, we were. Which probably made her all the more self-conscious than if we’d just got on with it. Well meaning, good intentions I’m sure. It seems crass as I sit here typing it today, but I guess at least it meant nobody was left out of birthday parties.

And it did set a train of thought in my mind of fairness that persists to this day. I’ve been called an idealist many times throughout my life, usually intended as a derogatory term. I’m no angel but I wear that particular badge with pride. Idealism will always show what life could be – we’ll fall short but keeping those aims in view will encourage a few steps in the right direction.

So back to the current debate. I saw Nigel Farage and Dr Shola Mos-Shogbamimu interrupting, talking over and generally not listening to each other this morning. I didn’t feel we emerged from the exchange any wiser or further on. So I got to thinking about the following scenario, if they would consent to listen and reflect:

If Shola could stop for a moment and reflect on how the violence, looting and abuse looks to people who are themselves not rich or influential. All colours of the underclass, who struggle to make ends meet, put food on the table and can only dream of new cars and holidays abroad. How it looks to those people to see others helping themselves to looted goods. How it looks to those people as they see others resorting to violence when they themselves feel despair and injustice, but don’t run amok, smash things up and attack others.

Can Shola see and acknowledge how these people know damned well that they wouldn’t get away with it – so why should the loud, aggressive ones have a clear run with no consequence?

It’s about fairness. It’s not fair that the majority of ‘withouts’ who don’t riot feel the same injustices keenly – but know how to behave themselves and conduct their lives within the law.

If Nigel could for a moment stop and reflect on how he, me and most of the majority white population have absolutely no idea how it feels to belong to an unenfranchised race? That the meritocracy we’d love to believe exists in our country is still a long way off. To be born into a life that will always require you to work harder, bite your lip more often, be on your guard continually and always run harder, just to keep up?

To have your destiny mapped often meaning lower standards of education, jobs, place in society – unless you can outperform all others and expectations to get a sniff of the higher roles? To burn if your appointment or promotion is seen by others as tokenism or quota fulfilment?

Could Nigel at least admit he’ll never know how it feels to be judged at fifty paces and expected to keep your mouth shut, lest you’re labelled as another with a chip on your shoulder?

It’s about fairness. It’s not fair that the cradle-to-grave life opportunities are rationed and made to feel like treats for those of colour, who are then required to be grateful.

At the end of these reflections, Shola and Nigel would perhaps end up in the same place. Agreeing that it’s about fairness. Different perspectives, starting points and ideas. But it would be a start. And it’s that old adage that you don’t make peace by talking to your friends – you make peace by talking with your enemies. ‘Enemies’ is a strong word, but you get my drift.

But we need honesty. Our society continues to have fault lines of ingrained prejudice. And these are maintained by behaviours that are learned as children – optional as adults. It’s up to all of us to show and teach better examples of behaviour – and practice them ourselves.

Our society also has ingrained lines of virtue and values – which reflect the best of us. Britain is blessed with many warm, kind and generously natured people. Which rarely grabs the headlines but is there when the shouting stops, as a benevolent base.

Whilst the temperature is high at the moment, we must take this opportunity to stop, listen and think. And encourage others to do the same. Recognise we can’t fully understand others’ struggles – but realise there is surely more we have in common than which divides us.